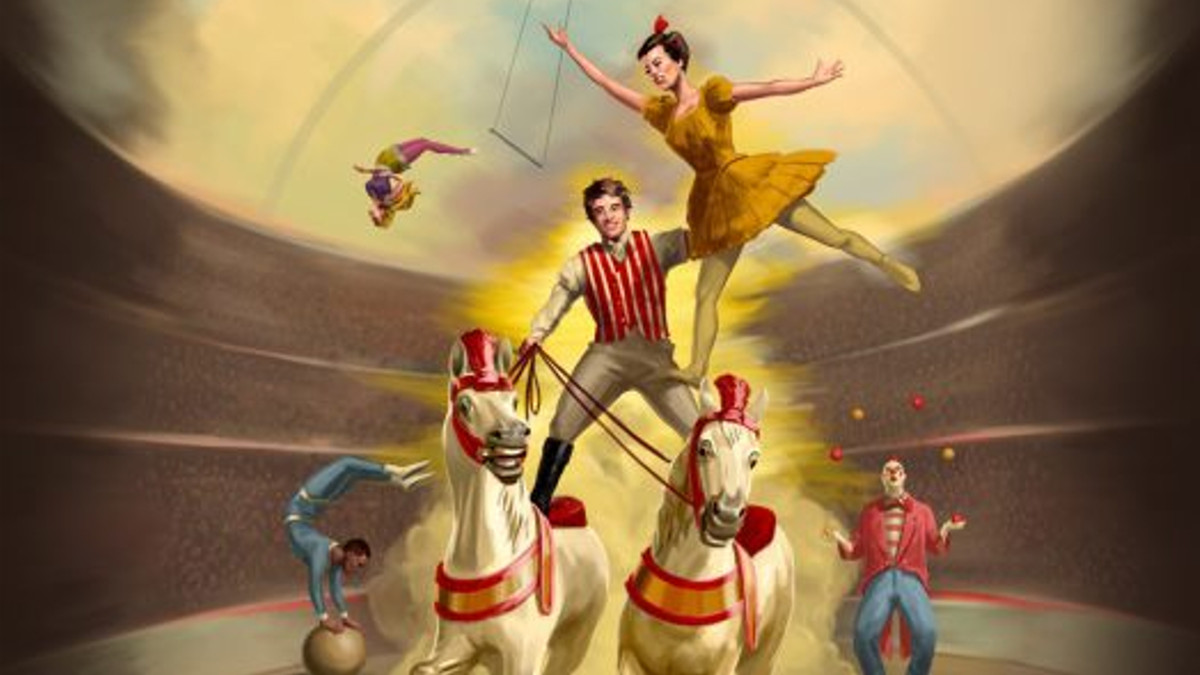 Roll up, roll up there’s a new show in town. The New Vic celebrates 250 years of the circus by telling the tale of the creator of the modern circus, Phillip Astley. Astley was born in Newcastle under Lyme and so it’s very apt that this corker of a play gets its world premiere here.

Laura Willstead does a stunning job to transform this theatre in the round into Astley’s Riding School which then develops into Astley’s Candlelit Amphitheatre. The elegant, no expense spared wooden horses wouldn’t look out of place in the showstopping famous finale by the Endresz family’s Blackpool Tower Circus show.

Director Theresa Heskins has once more worked her magic to inspire imagination and wonder, from the cast created sound effects on stage to the crafty and rather sassy mind-reading horse, Billy who Luke Murphy plays.

Heskins and writer Frazer Flintham have worked closely to develop a play that starts swiftly by telling the tale of Astley’s start in life, from his fascination with horses to his time at war. From them on the focus is firmly on the trials and tribulations he encountered when creating the modern circus as we see it today. Flintham’s script is funny, full of twists and complete with puns about the local accent which go down well in Astley’s hometown.

The climax of Act One is quite simply breathtaking. Astley (Nicholas Richardson) alongside Patty Jones (Danielle Bird) share an intimate and emotional ariel ribbon duet. This moment represents that although this is a play that has many remarkable tricks and stunts, at the heart of it is the characters.

It’s not until towards the end of the first act when we see the talented circus performers take to the stage. Heskins and Flintham wanted to make sure that acts were not seen on stage until they are introduced to the world by Astley in the play’s timeline. From acrobatics to clowning and a daring fire routine, this show oozes with moments of awe as you hear the echoes of amazement around the auditorium by people of all ages.

With a feel-good plot, jaw-dropping moments and an amusingly comical script at its core, this spectacular production is sure to go down a treat with anybody who is lucky enough to see it. The New Vic has taken a risk and it’s paid off massively. With a large cast, a brand new commissioned script with a fairly unknown writer and no expense spared when it comes to the lavish production elements and special effects, this is a glorious theatrical event that will be hard to beat.

*Decision based on a ticket price of £14.50 (£7.50 for under 26s) For more info on this new value for money rating please visit here: Introducing a new kind of rating