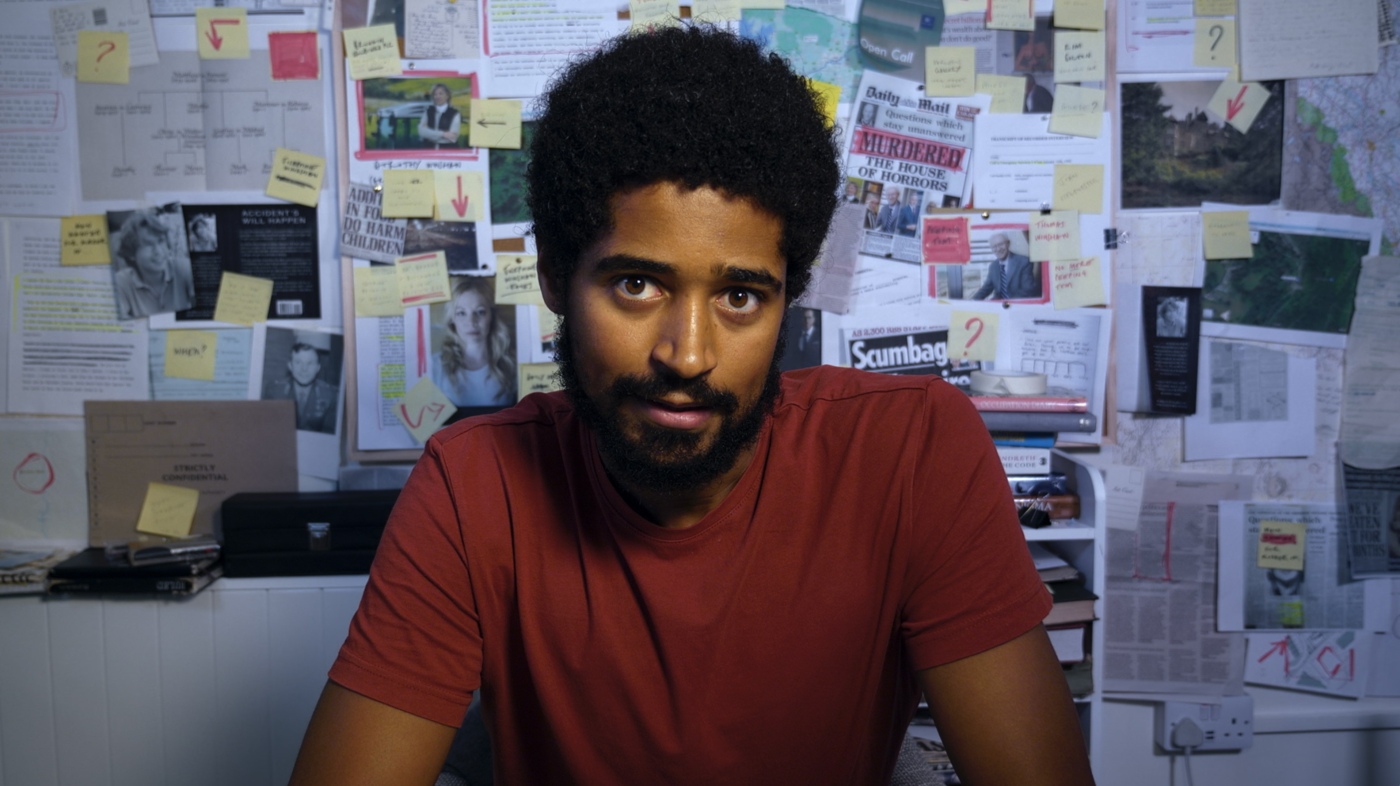 This new adaption of Jonathan Coe’s whodunit sets the bar high for a new type of online theatre that’s thought provoking and gripping.

Coe’s thrilling book is brought bang up to date with up to references to modern scandals. Henry Filloux-Bennett deep roots the Winshaw family right into society today with public figures as friends and colleagues to an powerful family at the centre of society thanks to money and influence.

By bringing it up to date, this classic criminal drama now has an added sting in its tail as it explores fake news, conspiracy, as well as cover ups, scandal the terror that far right politics has on society.

Under Tamara Harvey’s direction it’s hard to believe the original book was published in 1994 as it’s been transformed into a YouTube like exposé. It’s so well done, it’s easy to see this fictional world as reality.

Alfred Enoch is a strong lead for this online filmed production as Raymond Owen. Enoch is a careful pair of trusted hands to lead the investigation into who murdered six members of a toxic family who wormed their way into society.

The company features the voices of some household names including Stephen Fry and Sharon D Clarke, but it was Fiona Button’s portrayal of the last remaining Winshaw, Josephine, that makes your skin crawl with her far right ideology and vile nastiness towards those in society that need support. Button’s careful performance steers well clear from caricature and instead creates a chillingly real person.

With any whodunit you know you’re in for a puzzling couple of hours as you work out the prime suspect piece by piece, but this brilliant, well crafted production goes one further than and makes you question far more than just who murdered the Winshaws.

Theatres may not be able to open their doors at the moment, but with collaborations like this between the Barn Theatre, the Lawrence Batley Theatre and the New Wolsey Theatre, you realise that with some creativity and forward thinking, there are different ways to create and share unique, tense, brilliant stories in a safe way

*A complimentary ticket was given in exchange for this review. This value for money rating is based on the ticket price value of £12 or £16 with a programme and recipe card. Click here for more information on The Value For Money Rating