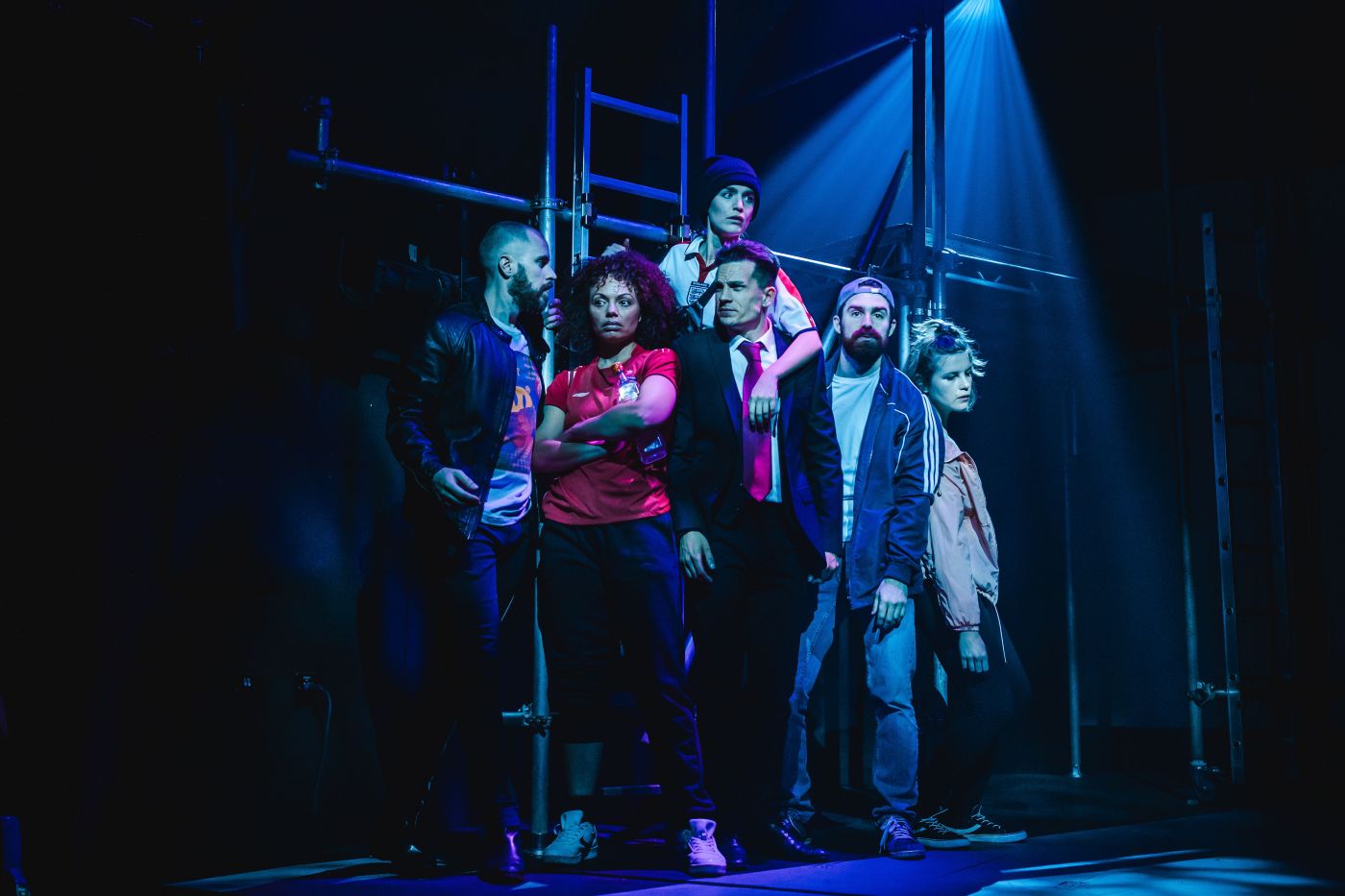 A nation lost and in need of a leader. It doesn’t feel too long ago when Britain was in a similar world to when Henry V was on the throne. Director Hal Chambers explores those similarities and the role of leaders in those troubling times in this valiant take on a Shakespeare classic.

Aaron Sidwell leads in this highly charged production. From a war hero to a statesman and a romantic, Sidwell effortlessly pulls off the variety of masks Henry puts on to engage with those who surround him. His speeches are punchy, full of power and prominence, tailored so carefully to his audience, whether that be his small army or Katherine, the princess of France.

To make the production more relatable and understandable, Chambers uses the EU to reflect the growing tensions between England and France. Emily Leonard’s set makes some references to help explain such as a desk and placeholders that wouldn’t be out of place in the EU HQ in Brussels. This is in addition to some great projection design from Benjamin Collins which is used to great effect at the end of the play and will stir emotion as it casts minds back to the referendum campaign, leaders in it, alongside symbols on England.

The battles in this production are on an epic scale and while the production was never intended to be broadcast, the archive clips are filmed to show the chaotic scenes that are full of noise and movement. The action is further intensified by Harry Smith’s awesome music that underscores the production. This all forms together to create a filmlike drama on epic proportions.

Shakespeare’s history play has been translated into an epic fast moving saga, complete with highly charged battle scenes that are on a striking scale.  The modern setting, complete with explosive scenes will remove the preconceptions that some, particularly younger people may have with Shakespeare and his history plays. This production is a badass example of how to rework a classic into a momentous piece of theatre.

*This production was streamed for free in aid of the Barn Theatre’s #SaveOurBarn campaign. To watch the full show click here and to donate click here. Click here for more information on The Value For Money Rating