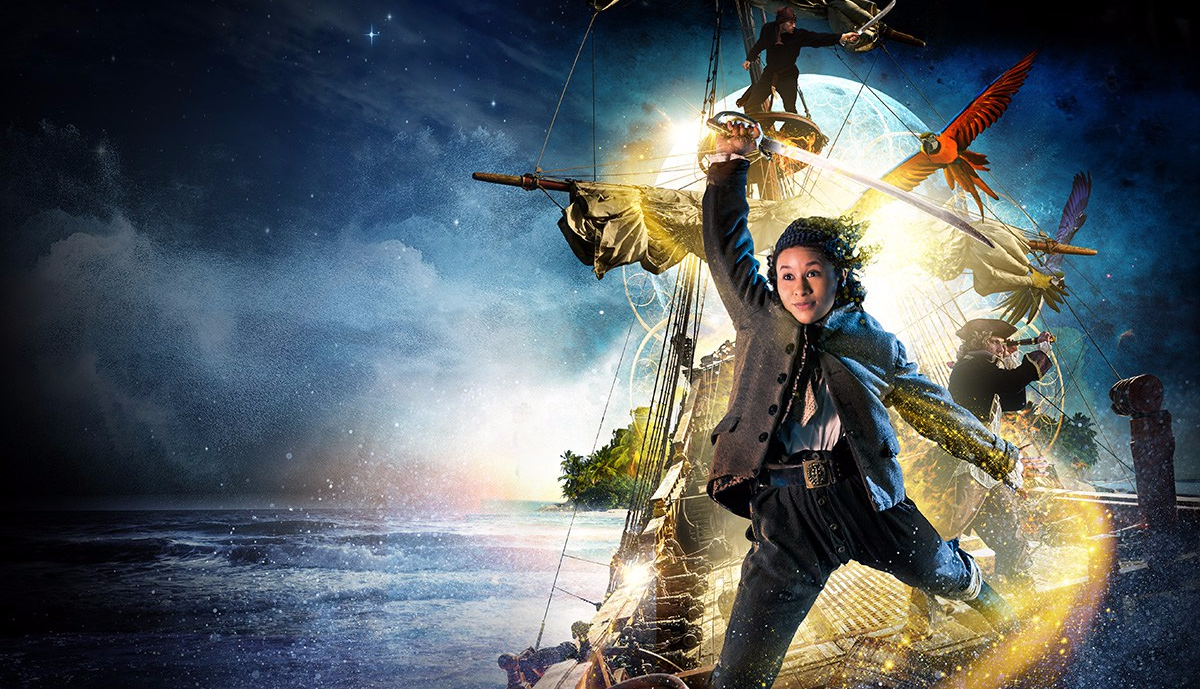 Treasure Island is certainly not one of the first shows you think of when you think Christmas and Theresa Heskins agrees. However, it is the title local schools of Newcastle under Lyme wanted and so the latest festive production at the New Vic is a swashbuckling adventure tale.

Perhaps one of the most striking artistic decisions Theresa Heskins has made is making Jim Hawkings a disguise for the protagonist Gem Hawkins who Nisa Cole plays. In a lot of her adaptations, Heskins creates strong and adventurous female characters and Gem is no exception. Cole works the audience and jumps in and out of the action to tell the tale which is a reflection of the original source material.

Treasure Island is full of sword fights, slow-motion fist fights and the now traditional New Vic throwing trick alongside the return of puppetry in the form of John Silver’s parrot which is elegantly operated by Jessica Dyas.  While sometimes the script appears to become a little overwordy, especially for the family market it is targetted for the physical side of the show keeps it engaging and exciting.

James Atherton is back once more to compose and musically direct the show which has soft rock similarities, particularly for the pirate numbers. The beginning of Act Two was particularly entertaining.Atherton also eloquently underscores the piece to bring tension and excitement to all the right areas.

The set by Laura Willstead transforms the stage from a rundown bar to a ship deck in seconds; complete with two parts of ship rigging. Similarly, the lighting by Daniella Beattie brings some colour to the surroundings during musical numbers especially the uses of light up Jolly Rodgers which are particularly clever.

while Treasure Island is not your typical Christmas production, the New Vic rarely go down that route. By taking a risk they have managed to an entertaining tale told through music, fanatic fight scenes and well-rounded characters.