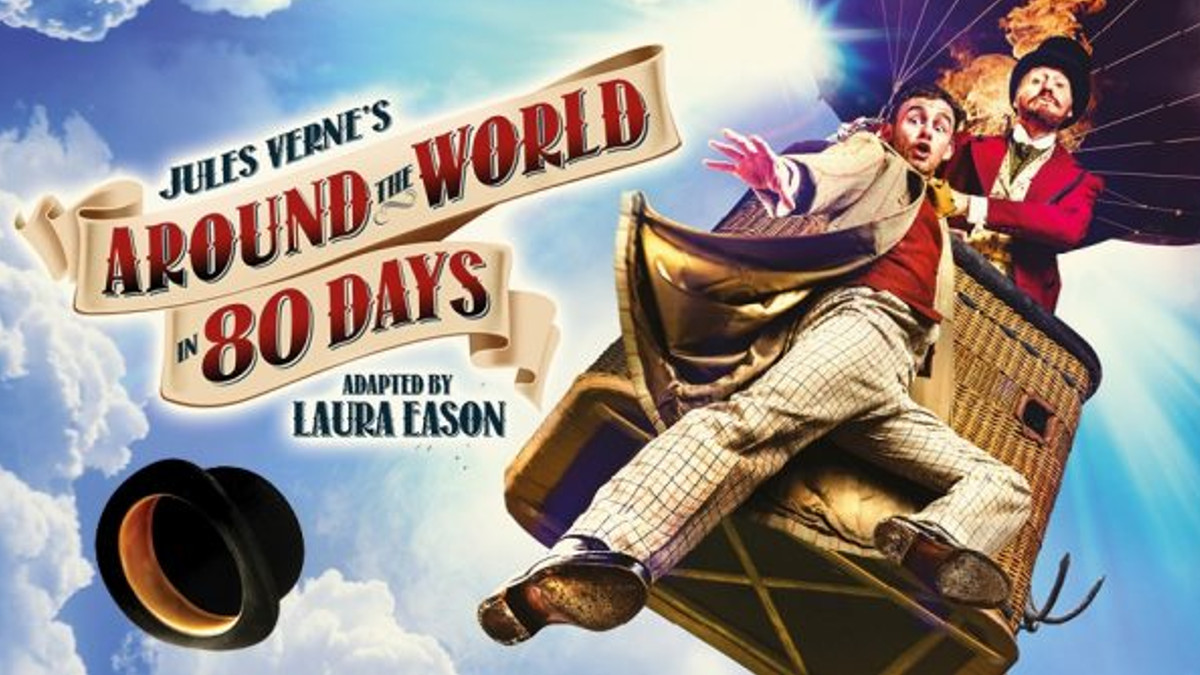 This is the 3rd time in four years that Theresa Heskins is director of Jules Verne’s Around the World in 80 Days which has been adapted by Laura Eason. The production continues to go from strength to strength to create the king of all family shows.

This new mounting of the production premieres at the New Vic which is the only venue ‘in the round’ before embarking on a national tour. Lis Evans has mostly re-created the original design of the production and has once more adorned the walls and floor of the auditorium into a world map, complete with markers as Phileas Fogg played by Andrew Polland and Passepartout played by Michael Hugo complete their journey around the globe.

Eason’s script is witty, fast-paced and gripping while also creates some very strong characters which is no easy job considering most of them are only on the stage for a few seconds.

Heskins’ direction of this whirlwind adventure is a spectacular example of storytelling and imagination in the theatre. We often see this in the New Vic’s family production but this production is on another level. There’s no need for lavish costumes sets or even fight scenes. Just some basic props and carefully crafted movement by Beverly Norris Edmunds

To complete a fantastic performance are the cast. While the success really is down to the whole ensemble, Hugo and Polland top the bill as a great double act. Hugo especially plays to the audience and seems to bounce off the energy in the room. Matthew Ganley is a witty and cunning Inspector Fogg while Kristen Forster is a very powerful and commanding Mrs Aouda.

This gem of a production is a delight from start to finish. It’s funny, exciting and engaging, complete with invigorating movement and even some gymnastics for added measure.  The perfect family show.