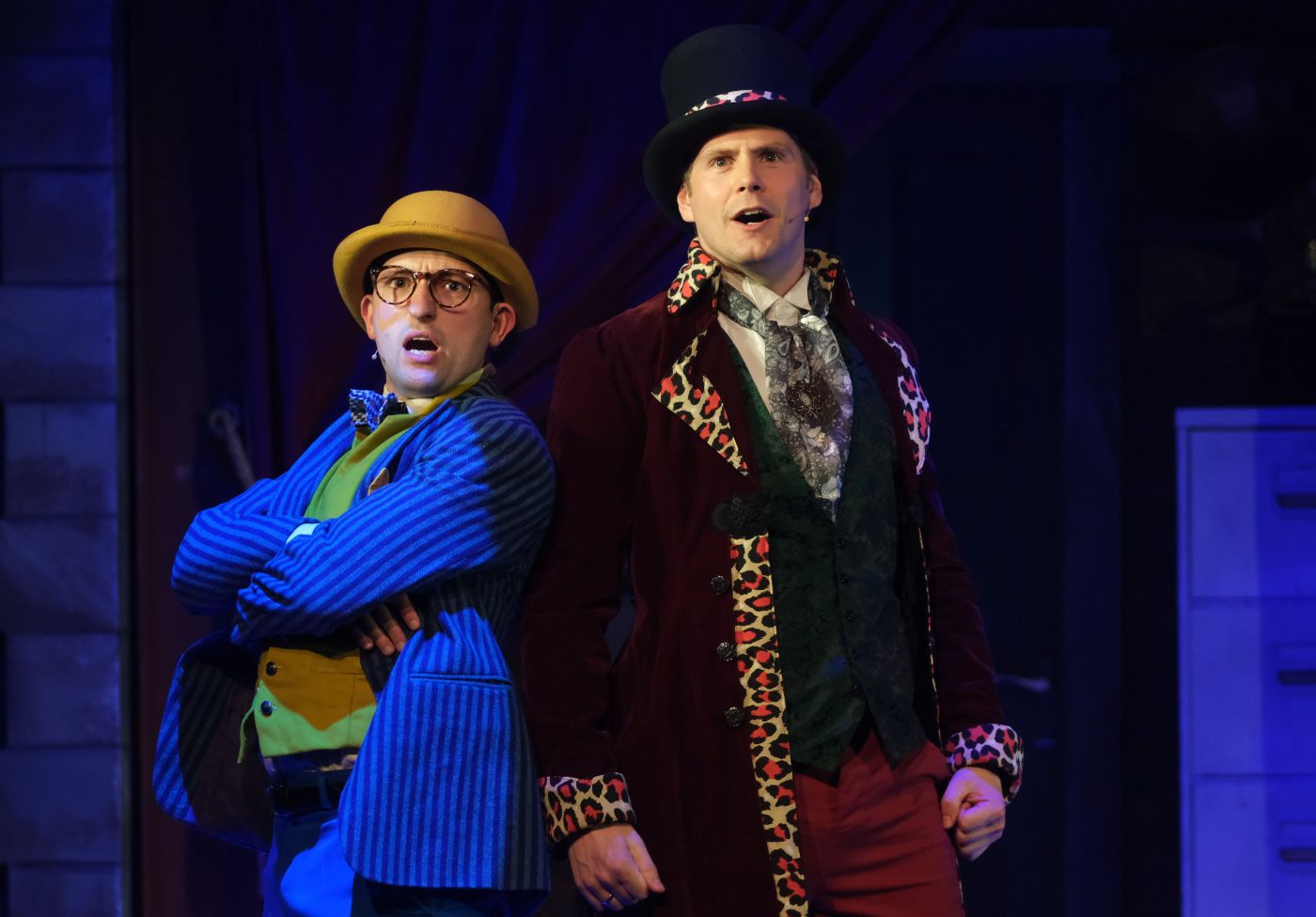 Like the famous Blackpool Tower, Blackpool’s Grand Theatre also opened its doors 125 years ago and to mark this landmark year they’re making the bold move to produce this brand new musical adaptation of Around the World in 80 Days with a bucketful of classic 80s hits.

Writer and Director Ian Mcfarlane uses the core elements of Jules Verne’s original story and a lot of artistic license to create a musical that’s corny, yet incredibly entertaining. It’s a sort or cross between a musical and a panto. McFarlane’s script is full of humor that wouldn’t be out of place on a seaside postcard. There’s plenty of audience interaction and participation which goes down very well.

The songs not only drive the plot but also act as one of the many comedy devices this production uses. Mcfarlane pays extra attention to milk as many laughs as he can by mixing song titles into the plot. From a boat called Eileen to doing the locomotion on the train. It’s lighthearted and playful. While it was a shame that there was no live band, Musical Director and cast member Laurie Denman reworks the classic hits and creates some great harmonies and reworks of popular classics like Eye of the Tiger.

The panto theme continues with Daniel Cane as Gold who is a newly created enemy for Fogg as a mastermind who wants to take over the world. Cane is playful and humorous in the role; a sinister while at the same time pretty harmless villain. As with most of the characters, he’s a caricature and plays up to it. He even provokes the odd boo from the audience.

Andrew Bentley is far from the English gent Phileas Fogg is often portrayed as. His name is shortened to Phil and instead, is a spoilt posh boy desperate to gain some money after his father pulls the plug on his finances. While it’s a stark difference to what some may expect, it works within this adaptation and the immaturity, naivety and innocence of the character creates a playful protagonist.

Justina Kehinde has the strongest voice of the cast in the role of Akiilah. Kehinde creates a really likeable, intelligent and headstrong love interest for Phil Fogg. Her connection with Bentley is lovely and help the theme of love shine through.

Oliver Mawdsley is full of energy and instantly charming as Passepartout. Mawdsley is not only Fogg’s friend but acts as the clown of the production. He’s the main character to lead audience participation and visually creates some really funny moments especially when he dons a dress to become a Broadway dancing girl.

Christina Meehan completes the line of of this small but more than amicable cast. They all bounce off each other to create an array of colorful and larger than life characters from the pompous posh boys from the Reform Club to dopey thieves.

Hints from the 80s were peppered through like a Rubiks cube as a temple and the very funny use of toys to represent different transport that Phil and co. use to travel the world from boat to balloon.

Around the world in 80s Days is a joyous seaside treat for all the family. A summer alternative to panto that brings together a soundtrack the adults to remember and characters the kids will adore.This may not be the Around the World in 80 days you are used to, but it doesn’t pretend to be and what you get instead is a tongue in cheek adaptation of a classic that will have you bopping in your seats and smiling from cheek to cheek.