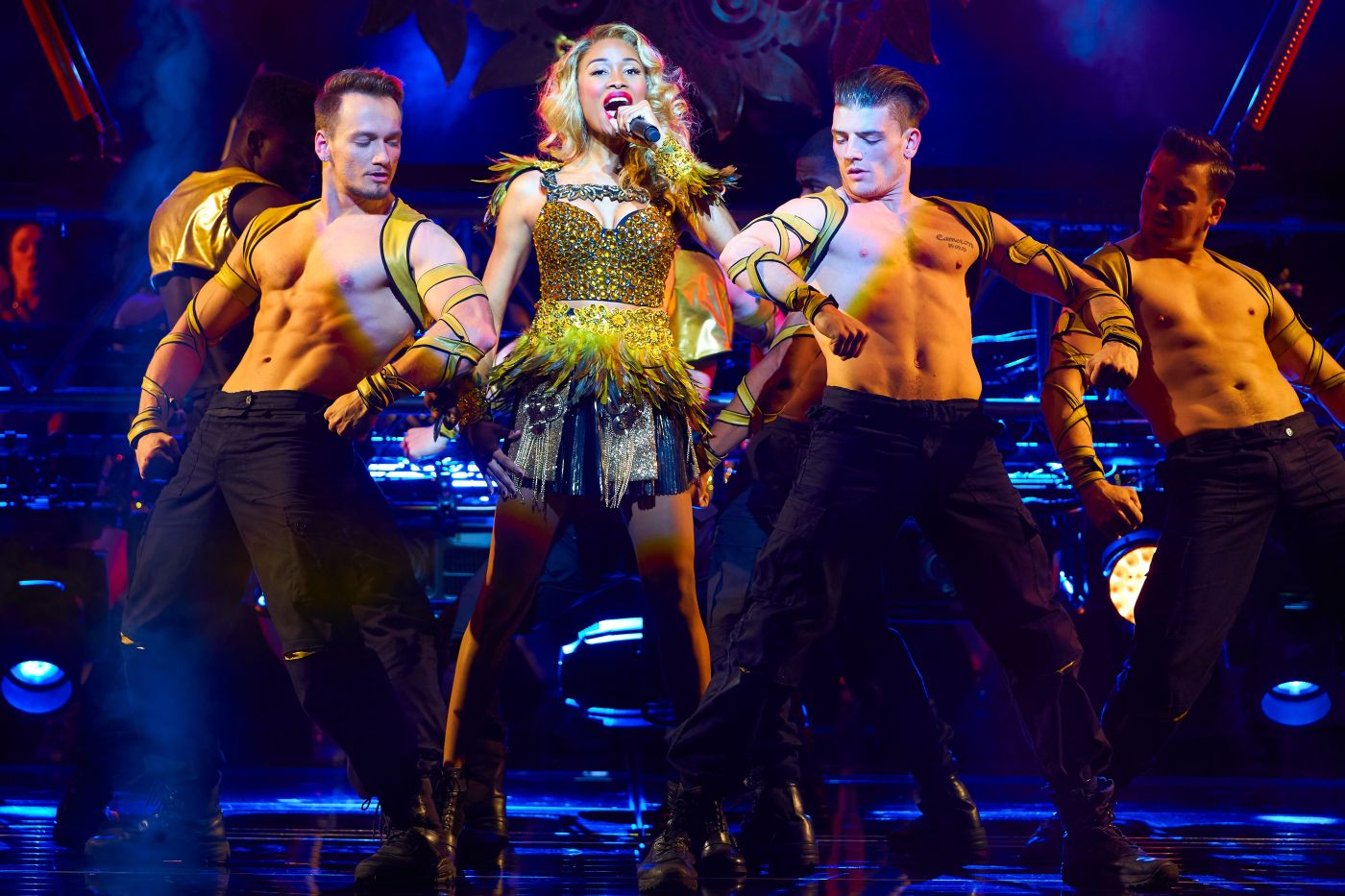 The Bodyguard continues to tour around the country and fans of the film need not worry.  Whether you’re a fan of the film or not this production blows you away from start to finish

Based on the film with the same name, The Bodyguard takes the plot from the film and enhances the film’s soundtrack to create stunning musical numbers.  The huge opening is gigantic in scale and is sure to wow you from the get go complete with stage high flames.

Jennlee Shallow performs this evening and she shares the role with Alexandra Burke. Shallow has such a powerful voice that echoes Whitney Huston’s and she has the stage presence to match. With such a thrilling plot, Shallows talents do not end at her voice, she tugs at your heartstrings and you can appreciate the challenges she’s going through to give her son the best life while also trying not to be terrified by the growing danger she faces.

Benoît Maréchal takes on the title role of the bodyguard, also known as Frank Farmer. Maréchal has a likability about him and you can see through the rough and tough exterior to see someone trying to protect those he cherishes.

Producers Michael Harrison and David Ian spare no expense with this lavishly staged production. There’s a large talented ensemble who execute the saucy and sexy choreography by Karen Bruce and light up the stage during the musical numbers.

The huge set my Tim Hatley is extravagant, highly detailed and is incredibly slick at changing between scenes. The OSCAR’s ceremony staging is particularly clever as is the sliding sides of the stage that move in make more scenes far more claustrophobic than others.

Thea Sharrock uses the thrilling book to her advantage, making sure you’re always on the edge of your seat. This means for whoever hasn’t seen the film will be fully enticed to the production to find out what happens next. Sharrock keeps the production well paced by swiftly moving between pulse racing scenes, to those much more soft and gentle which is beautiful to see. From Mark  Henderson’s sudden and staccato lighting design to Richard Brooker’s unexpected and uneasy sound effects, all elements of this production follow the same concept which means if you know the plot or not you’ll still find yourself fully enthralled.

The Bodyguard is an edge of your seat, sensuous, sensational musical that keeps you engaged until the very end when the production takes your breath away. It’s chilling but epically powerful musical numbers bring a new life to the Whitney Huston classics while the performance from the whole ensemble makes the production one to remember.