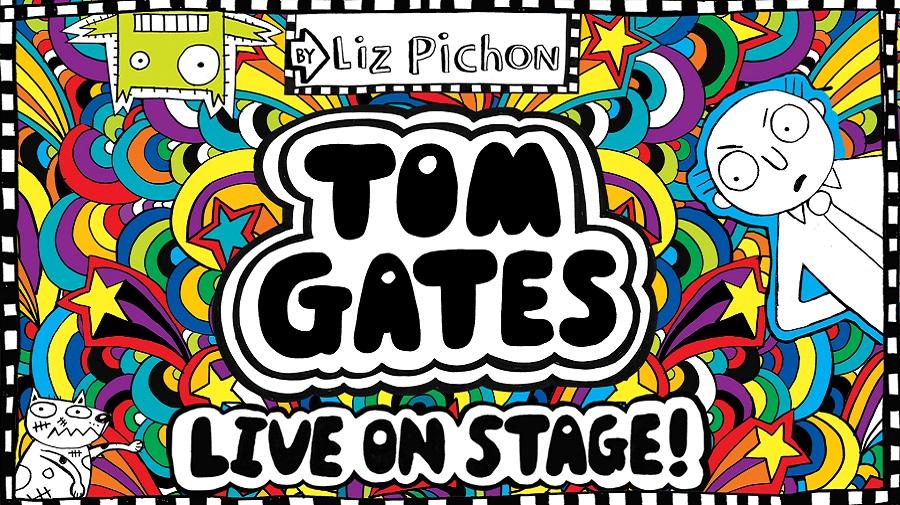 Liz Pichon’s best selling series Tom Gates has a new adaption for the stage written by the author herself, alongside Director Neal Forster

Pichon creates an array of different colourful characters of all ages. The fossils, also known as the grandparents are particularly enjoyable and Ashley Cousins portrays a very convincing and annoying Marcus Meldrew while Matthew Chase is bouncy and excitable as the hapless Tom Gates.

The pace of the performance, particularly the start of the first act could be tightened up or less static to keep the younger members of the audience engaged but once Tom Gates starts to get in to trouble because of some very bad luck, the plot gets more exciting and enjoyable. The second act is a lot smoother and sharper which pays off

The star of the show has to be the set by Jackie Trousdale who crafts a very clever canvas that ingeniously frames the artwork by Liz Pichon, Jackie Trousdale & Simon Wainwright with little more than a few masked storage areas and gaps in it that turn into everything from car windows to a bed.

Tom Gates Live on Stage is a fun, creative, vividly colourful show ideal for the young fans of the books. With clever stagecraft, this is a lovely production with an exciting story that’s almost as enjoyable as a chocolate wafer.