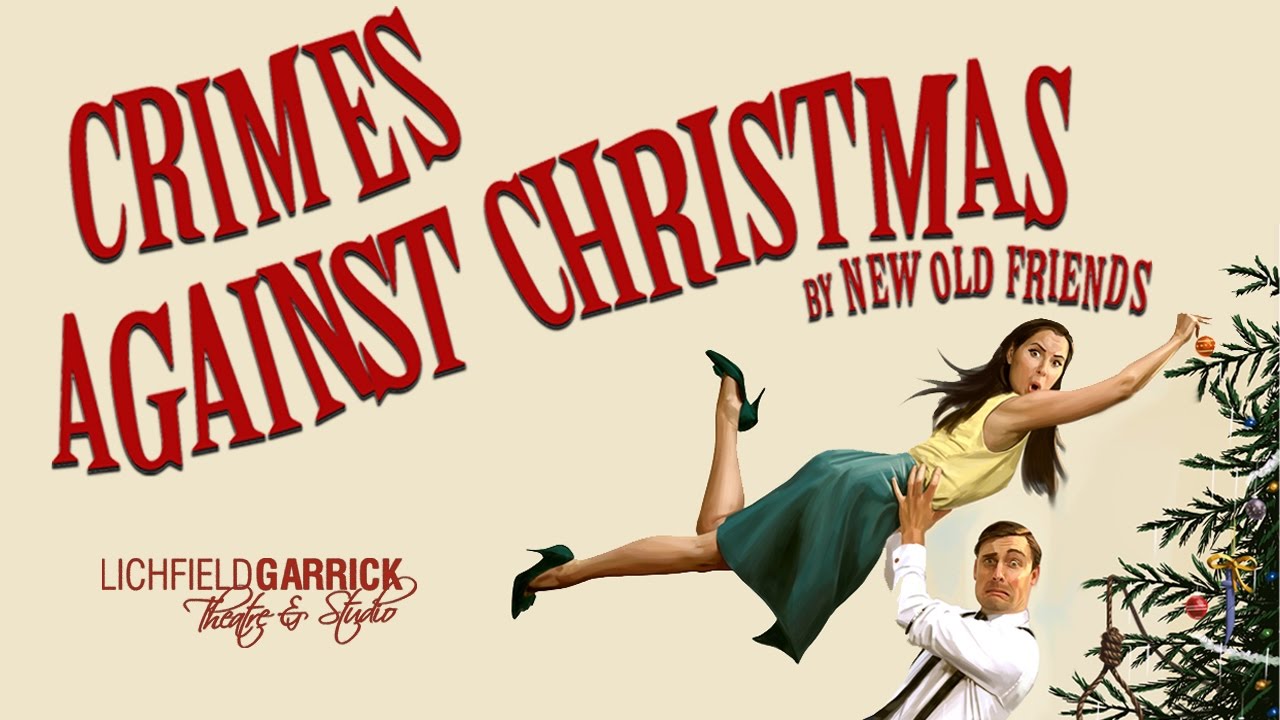 Theatres across the country are oozing with Pantomimes galore. While also housing a Pantomime the Lichfield Garrick have collaborated with New Old Friends to bring a brand new comic gem to their Studio space.

The story loosely follows Agatha Christie’s And Then There Were None but instead of 10 Little Drummer Boys it has a festive spin by using the Twelve Days of Christmas. The story follows Art Detective Mr Artridge, played by a Feargus Woods Dunlop as he recalls a Christmas experience he certainly hasn’t forgotten about. Dunlop is a very strong anchor to the production and keeps the focus and concentration through what could have been a production filled it with chaos.

The rest of the company forms four Actors including: Heather Westwell, Dan Winter and Jonny Mclean who bring 13 characters to life between them. Each one has been masterfully crafted to ensure they maintain a clear difference in identity while also keeping each one fresh and as full of life as the other.

The script successfully emulates the tension and gripping nature of a whodunit while also blending it with a lot of strong comedic one-liners and hilarious wordplay. The basis of the play may be straightforward but it has plenty of twists and turns to keep it gripping and the audience engaging right until the concluding moments.

Set within the small and intimate Garrick Theatre Studio, the scenery by Carl Davis is inventive and works as a splendid and sinister backdrop to the production. Paul Dodgson’s score works at balancing the upbeat undertones while not detracting away from the murderous and drama filled production. Liz Porrett’s lighting also works well to snap away from the action to focus on Artridge’s thoughts.

With a strong script and wonderful characters, it’s easy to enjoy this production. While this certainly is one for the adults, the humour involved is enough to entertain even the most dry humored of people. It’s billed as an anti-panto and that certainly is what it is. All in all, it’s a great night of adult-only entertainment with a story that focuses as much about the why, as it does on the what’s happening.