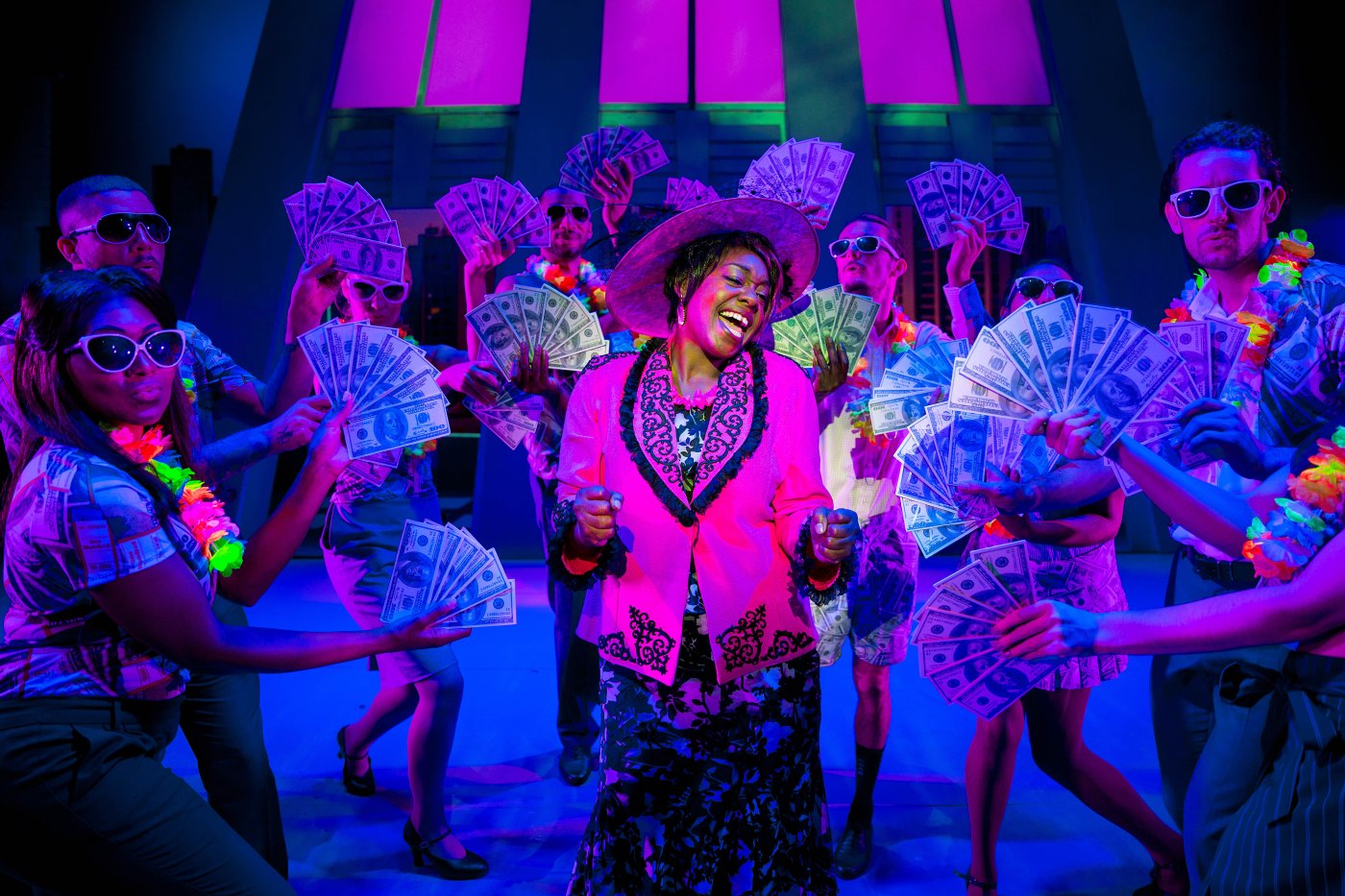 Ghost the Musical is back on tour and while the original production received huge acclaim in London and on its first UK Tour, the last revival by Bill Kenwright didn’t go down as well. The latest production, again by Kenwright favours trained performers rather than a start cast and it’s pleasing to see it back on top form.

Understudy Charlotte-Kate Warren takes the lead as Molly in this performance. This is Warren’s second professional theatre production and she’s a natural in the role, showing a huge level of emotional maturity while dealing with the pain and torment of grief. Warren’s version of With You is heartbreakingly beautiful while her chemistry with Niall Sheehy who plays Sam is endearing.

Sheehy has a natural charm, he too has a lovely and almost operatic vocal voice which echos throughout the auditorium. His lovable presence makes the closing moments of the show even more powerful.

The set design by Mark Bailey is amicable and flows together nicely, but at the same time it is rather simple and while this is a production that strips back to focus on the emotion of the piece, rather than extravagance of sets or illusions, for such a large scale musical, something did seem amiss. Lighting by Nick Richings is very clever and adds a lot of texture to the piece and takes centre stage for the closing moments of the performance. It is simple, yet stunning.

The music by Dave Stewart and Glen Ballard is beautifully performed by the talented band. It adds an extra layer of emotion to the piece; from the beautiful solos to the iconic Unchained Melody to large show-stopping numbers such as Suspend My Disbelief / I Had A Life, the chords tear through the auditorium and underscore the striking conclusion.

The performance by the cast make this a heart-rending piece of theatre that makes you smile, sad and maybe shed a tear or two. Bob Tomson takes the production and directs the piece within its simple set in the way that truly brings out the moving love story. This hauntingly good performance will be sure to entertain fans of the film but at the same time is a lovely piece of theatre to those who have never seen it before.